Song of the Stroudsmoor

A gargantuan gathering of art lovers and musical theater affectionados assembled at TheTerraview facility that is located on the grounds of The Stroudsmoor Country Inn in Stroudsburg, PA on Sunday May 1st to experience the wonders of the Broadway Stroudsmoor event that was presented by The Pocono Center for the Arts as part of their Mainstage Concert Series. The luxurious atmosphere the venue created enhanced the enjoyability of the event as chairs began to fill with the anticipation of those who entered the space. Local dignitaries mingled with the growing crowd as they shared their excitement for what was to come while voicing their support for The Pocono Center for the Arts and the programs they provide to the public and their endeavors to establish a permanent structure so they can do even more for the local artistic community.

The afternoon began with the appearance of the President and co-founder of The Pocono Center for the Arts, Skip Scheetz, as he stepped onto the stage to welcome the audience with his appreciative sentiments. The conveyance of news and updates relating to the Center followed which increased the air of excitement among the attendees  as visions of what can be filled their imaginations. He concluded his words with the introduction of the program’s host, Stephen DeAngelis, who serves as the center’s Artistic Director.  After sharing his opening remarks, Mr. DeAngelis introduced the event’s Musical Director/Accompanist, Eugene Gwozdz, who took his palace behind the piano. Mr. DeAngelis then proceeded to introduce the afternoon’s performers by chatting with each individual before they shared their musical talents with the audience. Each conversation elevated the appreciation of the performers and allowed the concertgoers to establish a rapport with them. These performers were Emily Bautista, Amanda Jane Cooper, Robert Crieghton, Derrick Davis, and Alysha Deslorieux.

Much of the remainder of the program consisted of each performer taking a turn at the stage to share a song from either a Broadway Musical they were a part of or one that was a favorite to the singer. Every return to the stage was even more of a triumphant one than the previous which were greeted with much deserving applause. An intermission eventually took place which allowed those who experienced the show thus far to reflect upon the songs that touched them which increased their eagerness for what would follow.

Eventually, Mr. Scheetz returned to the stage as did Mr. DeAngelis and Gwozdz. They were followed by the performers who furthered wooed the gathering with their voices and the delivery of the songs they sang. The entire company ultimately stepped upon the stage to answer questions posed by the audience. This was followed by one final song which combined their wonderful talents toward the promise found in the song “Tomorrow” from the musical titled, “Annie.” A thunderous ovation guided them off the stage and into an area where a VIP champagne reception awaited them along with members of the audience who were fortunate enough to partake of it.

It was a delightful afternoon which left many to look forward to the next opportunity to relive the experience the next time The Pocono Center for the Arts would hold another installment of their Mainstage Concert Series. The future programs in the series for 2022 will be a Cabaret scheduled to be held at The Deer Head inn in Delaware Water Gap, PA on Monday June 13th, a concert at The Shawnee Inn and Golf Resort in Shawnee on Delaware, PA on Sunday August 21st, and a return to The Stroudsmoor Country Inn in Stroudsburg, PA on Sunday November 13th. If previous performances (including the one covered in this article) are any indication of the quality of these offerings, they would be well worth attending even though they are quite pricey for the average Monroe Countian.

The Pocono Center for the Arts was initiated through the insight that the Pocono region is in need of a center where theater groups can rehearse and perform, artists have more locations to exhibit their works, art educators can teach in classes with proper supplies and facilities, other non-profit art organizations can be housed, and the community and tourists can be entertained and experience the works of local and national artists. The project was begun by the work of Co-Founders Skip Scheetz (President) and Richard Spezzano (Vice President). Board Members include Marty Diorio, Roger McFadden, and Adam Courtney. Stephen DeAngelis serves as the center’s Artistic Director.

You can learn more about The Pocono Center for the Arts and how to lend our support by exploring their website at poconocenterforthearts.org.

Paul Adam Smeltz is the Facilitator of The Forwardian Arts Society. A fellowship for people who love the arts. forwardianarts.org Pocono Center for the Arts a 501(c)(3) non-profit organization 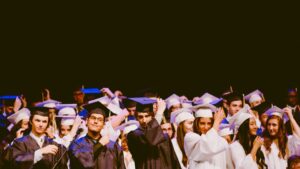