The Lore Library: The Dark Brotherhood

Truly the spine of any good game, lore has become something that fans have not only come to expect but also come toe-to-toe over many times. It is an ever-evolving universe full of information, clues, and sometimes just random facts that allow players to become more knowledgeable in the world they are navigating, more immersed, and a part of it. Even more importantly, though, it allows us a look into how the society became what it is, why some things are as they are, and gives us a better chance of making decisions based on our actual feelings with real knowledge about the way it makes us feel. So please take my hand, and walk this way, mind the last step, it’s a little tall. Welcome to my own little slice of Apocrypha, where the world’s gamer lore waits to be investigated and explored. The large book on the table, see it? Today’s lore tome:

I found The Dark Brotherhood to be strong enough to stand with the elite of historical background and literature. Easily one of the most interesting and immersive of any lore found among the gamersphere. Both horrible and amazing, it is also high on the list since being allowed to join the faction gives you validation of its claims. Where usually, at the end of a cult rainbow, it is just one crazy person who was able to convince and influence other crazy people, the Brotherhood, is not so. Instead, the player will (after so much time as just a basic member) come to meet the Night Mother in some form or fashion, making her existence from proposed to actual. However, this is nothing new in the Elder Scroll series, most Deadric lords off the player quest to become their champions throughout the evolution of the games. While Sithis is not a god, he can be considered a demi-god by most standards. Originally hailing from the Dunmer nation of Marrowind, the Dark Brotherhood were actually members of the Marog Tong.

The Marog Tong was a similar faction that worshipped the Daedric Prince Mephala. Though there are many theories on how this split came to happen, it is widely accepted that the factions became two separate entities over religious differences. According to lore, the Dark Brotherhood chose to follow their prophet Sithis (not a god but not a mortal either, according to lore) while the Marog Tong maintained their station in Morrowind. This is supported by being the only location you ever actually encounter these assassins in the game. Their fort seems to be high up in the mountains of Morrowind. However, that theory has very little in the way of factual support and is not concrete. The only mention of their originally being one faction is never really confirmed, and that since the separation, they have been warring. What is a fact is that anytime you are associated in Skyrim with the Dark Brotherhood, Marog Tong automatically begins appearing with a contract on your life in hand anytime you’re in the ash wastes or Stolsthiem.

Then you have the Night Mother. The wife and lover of Sithis. It is said that she would give birth to 5 of his kids then kill them all in his name. Her village would learn of these acts and kill her, burning her house to the ground in the dead of night. However, 30 years later, she would return. Not as a ghost, but as a whisper, making the man who would hear her the very first listener. The listener has the sacred duty of hearing and relaying the Night Mother’s commands, or more accurately, her hit notices. One need only perform the Black Sacrament, which is basically a ritual to make the Night Mother hear your request, and soon a dark brotherhood member will be upon your doorstep seeking a target and their payment. Her visage may be altered from installment to installment, but her presence is ever constant. Step the wrong way on the wrong person, and they will call her to take revenge on their behalf.

The success story of the group is a tale of ups and downs. Where in the beginning of the franchise, they seemed to be a highly powerful and feared influence in the world and its dealings, they are seemingly almost extinct by the Skyrim installment. There hasn’t been a listener in centuries. They are finding work where they can, and the refuge is rundown, hardly a home at all. Astrid, the leader, is not a believer in the old ways, a fact made clear when you are revealed as the listener later, and she arranges a coup to betray you. Unlike dear sweet Cicero, who you have the option to kill or make a follower, who is fanatical to the core and willing to kill anyone for the mother or her security. A myriad of characters are introduced to you when you are accepted into the faction, some of who you have met previously, unaware of who they really were. It is a true melting pot of races, backgrounds, and reasons for being. It also holds its own set of laws which seems surprising for a group who literally thrives on murder and death, right?

The five tenants of the Black Hand:
1.) Never dishonor the Night Mother.
2.) Never betray the Brotherhood or its secrets.
3.) Never refuse to carry out an order from a superior.
4.) Never steal from your brothers and sister.
5.) Never murder among the brothers and sisters.

Breaking any of these rules can lead to the player being suspended from the faction or targeted if they continue to offend. If a whole cell is found lacking, it will undergo Purification. It is essentially a fancy way of saying they will be killed by someone ordered to cleanse the corruption. The whole cult religious secret society angle has made the Brotherhood a fan favorite. I myself have a “We know” tattoo with the hand of the Brotherhood (article title photo), as does my spouse, and we have often met others who either have it or know its meaning. It’s a gamer code that reveals to us those who are fellow elder scrolls fans or at least associated with one. The history available in the games is rich with facts not mentioned here and really worth reading if you just want to waste some in-game time!

Please leave any questions, comments, or other lore you would like to see deeper explored in the comment section! Take some time to look through the other great articles we have to offer, and see you soon!!!

*cast invisible and sneaks from the room, but not well* 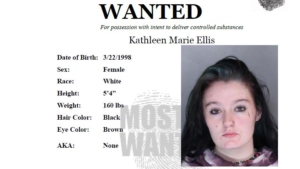 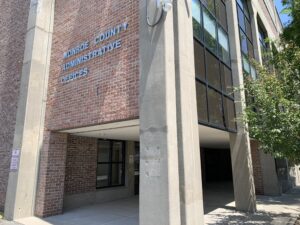 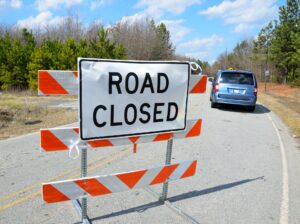 The Poconos Gets Pickled Again